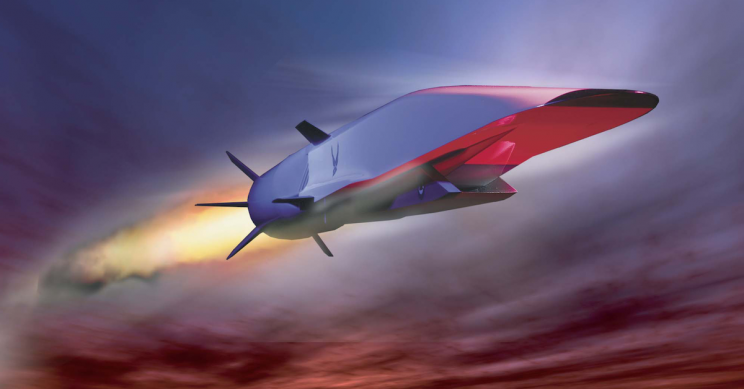 
Researchers at the University of Central Florida (UCF) are working on technologies that could lead to hypersonic flight.

Their propulsion system could make it possible for flight speeds ranging from Mach 6 to 17, having applications in both air and space travel.

In their latest research, published in the journal ‘Proceedings of the National Academy of Sciences’, the UCF team explains that they have discovered how to stabilise the detonation required for hypersonic propulsion. They managed this by creating a special hypersonic reaction chamber for jet engines.

This system means that air travel at speeds of over 4,600 to 13,000 miles per hour could be possible, potentially bypassing the hypersonic ramjet. It could also improve the efficiency of jet propulsion engines, allowing more energy to be generated despite using less fuel than traditional propulsion engines. This means a lighter fuel load, as well as reduction in costs and emissions.

Not only could this technology mean faster air travel - such as flights from New York to LA in under 30 minutes - it could also be used in space travel, making rockets lighter and cleaner burning. Rockets for space travel will also be able to travel further while consuming less fuel, making further exploration possible. “There is an intensifying international effort to develop robust propulsion systems for the hypersonic and supersonic flight that would allow flight through our atmosphere at very high speeds and also allow efficient entry and exit from planetary atmospheres,” says Kareem Ahmed, an associate professor in UCF’s Department of Mechanical and Aerospace Engineering. “The discovery of stabilizing a detonation – the most powerful form of intense reaction and energy release – has the potential to revolutionise hypersonic propulsion and energy systems.”

Previous research into detonation propulsion systems has not yielded many results due to the chemical fuel used or the mixing of this fuel. The researchers previously solved this issue by carefully balancing the propellers that were released into the engine, creating the first experimental evidence of rotating detonation. Unfortunately, this only led to short periods of detonation, which were not suitable for use and hard to study.

In contrast, the UCF researchers have been able to sustain the definition wave’s duration for three seconds - it was previously only possible for microseconds or milliseconds - thanks to the new hypersonic reaction chamber, called the hypersonic high-enthalpy reaction or HyperREACT.

“This is the first time a detonation has been shown to be stabilized experimentally,” Ahmed says. “We are finally able to hold the detonation in space in oblique detonation form. It’s almost like freezing an intense explosion in physical space.”
The next stage in the research is to look at how the fuel mixture, flow rate and tilt angle can be changed to maintain stability and keep control of the detonation in different conditions. If they can successfully advance the technology, the researchers believe that detonation-based hypersonic propulsion could be used in human atmospheric and space travel within a few decades.